Velohawk: bike security for when money is no object

Visitors to last week’s Rouleur Classic will have been among the first to lay eyes on the production version of a new money no object bike security solution from New Zealand designer Velohawk.

The system is in part a means to showcase your pride and joy, which is probably counter-intuitive when it comes to bike security, but this is a system built to offer the best of both worlds; if you can stump up for the £7,000+ price tag, that is.

Made in Coventry on production lines where you might also see Bentley or McLaren racing car parts being made, Velohawk’s bike case is built with a mix of steel framing, carbon fibre cladding and a tough polycarbonate designed to withstand a bit of abuse.

The system isn’t totally reliant on the structure holding and as such will quickly recognise an attack, before sounding a built-in alarm.

Founder James Doughty told us “You’ve got a good 10 to 15 minutes worth of beating it up before you may be in a position to remove the bike and by the time you’re there, not only is it still very awkward to get the bike out because of the way we’ve designed the frame, but the alarm will be going mad too.” 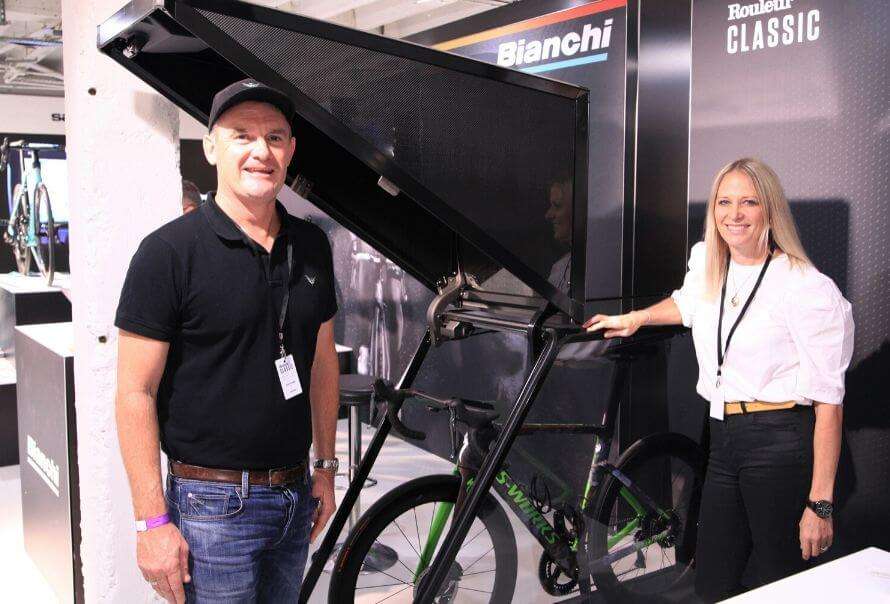 Testing of the Velohawk hasn’t been limited to giving the composites a kicking, Doughty says that the system is designed to work in temperatures ranging -60 to +60, so it’ll comfortably sit in a beach house or ski chalet.

The spacious enclosure houses a pair of fire-rated batteries, each able to last four months on a charge. The power supply ensures the digital access remains live; that’s right, you’ll get a swanky key card unique to you. There’s manual entry too via another unique key. Should you accidentally leave the door wide open the alarm will subtly prompt closure via a series of short beeps. 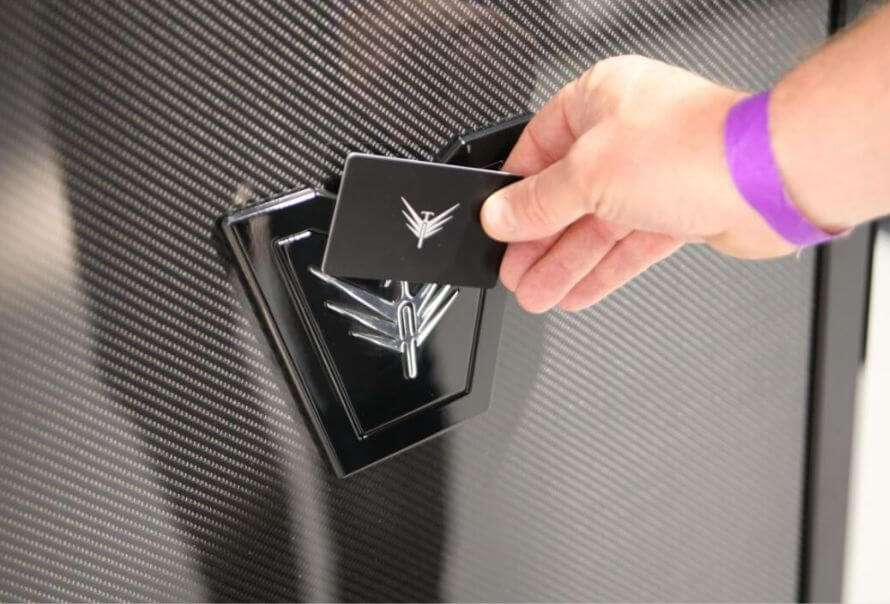 Personalisation is key here, says Doughty, adding that Kevlar protection backs up the front door, should anyone try to attack from the front.

“We’re able to tailor make these cases. That means anything from custom colour-matching, so the side panelling matches your bike or home’s paintwork, right through to double or triple units. Really this is a bespoke item for those keen to both protect and display their pride and joy.”

Should you wish to see the Velohawk in person, Sigma Sport are one of a few limited stockists, while a handful of high-end brands are said to have shown an interest for their own showrooms. Developers in Singapore are among other high-end clients placing orders for exclusive developments.

From consultation and speccing, through design, manufacture and finally delivery you can expect an order to take about three to four weeks to arrive. Velohawk’s Coventry production line is only capable of producing between 10 and 20 units per week, so try not to buy too many.

Future developments are likely to include the ability to charge an electric bike inside, concludes Doughty.