An interview about crime with Tom Gash

Tom Gash the author of Criminal: The Truth About Why People Do Bad Things, a Sunday Times Book of the Year, shares his wealth of knowledge on the topic of crime in the following interview with Stolen Ride. Providing fascinating insight into the drivers of crime and surrounding myths. Also the potential ways to tackle crimes such as cycle theft (which he estimates causes £200 million worth of harm a year to the UK).

How and when did you start working in the field of crime research and policy?

I’ve always been keen to make a positive difference in society, but I started my career helping businesses to make better decisions with Boston Consulting Group. Luckily, this was at a time when government was very keen to get people with business backgrounds involved in public policy and I was recruited into the Prime Minister’s Strategy Unit in 2005. My leaving note said I was off to do drugs and crime with the prime minister. I’d say that the crime was more addictive than the drugs as I’ve been helping governments and companies to tackle crime problems from that point on.

Can you briefly tell us, what you believe pulls an individual into becoming a criminal?

The research tells us that a lack of impulse control is a major factor. Most crimes – and many of the behaviours that can lead people towards crime like over-use of alcohol or high-harm drug consumption – are actually the result of bad decisions, choices that are tempting in the short term but don’t bring health, wealth and happiness longer term. There’s also a strong connection between childhood abuse and trauma and future criminality. However, many people who experience these childhood adverse experiences don’t go onto commit crime, so there are other complex factors at play.

My personal view is that a big driver of criminality is the number of easy opportunities and provocations to crime we have in our society. We suffer unnecessarily high rates of crime due to insecure products and services, dark alley-ways and so forth. Most people have tipping points when temptations to commit crime become too great, and the risks of doing so too small, so why not design out these easy opportunities for crime?

What influences society’s view on crime, criminals and punishment? Are there any myths?

There are so many myths about crime that I’ve written a book about them! From the myth that tough sentences are the best way to reduce crime to the myth that you can’t tackle crime without reducing poverty and inequality, the list is endless. One of the reasons why so many people buy into crime myths is because crime triggers our emotions; another is that when we talk about crime we quickly start expressing moral values. This means many people – including large sections of the media – aren’t really that interested in clear, rational thinking and evidence. Most people want simple explanations and solutions for crime that conform to their own view of human nature and their political beliefs.

The reality of crime is it’s messy and complex and the solutions to crime require detailed thought, testing, and careful implementation – few people have the time or inclination to do that hard work, or to have their world-view challenged by evidence.

What key opportunities are there, in general, to stop an individual being a criminal?

There’s so much that can be done, from early interventions with families at risk to effective interventions with those in prisons. But the truth is that the most cost effective ways to prevent crime is not to stop people from having criminal impulses but simply to make it harder for them to act on them.

The key to a safer society is to design out criminal opportunities, as it is easy temptation (and in some cases high-stress, violence inducing environments) that first pull people into crime and then allow criminal behaviour to keep going.

Are there any quick fixes to crime?

Yes and no. We’re not going to eradicate crime at the drop of a hat but specific interventions can have huge impacts. Better security in vehicles contributed to a huge fall in car crime – which fell to a sixth of its all time peak in 2015, before recent increases.

With crime prevention policies (especially with bicycle theft) – should they be focused on national or a ‘hot spot’ local level?

We need a blended approach. At a national level, we need to set the framework for success, for example driving uptake of bike marking and registration, use of locks and secure parking, creating the overall policy framework around prevention, enforcement and sentencing. Locally, we need smart hot-spot policing, problem solving around high cycle theft locations and targeted enforcement and prevention activity by police to disrupt criminal supply chains.

Retailers simply have to do more to educate and nudge consumers towards more intelligent security behaviours. At the moment, they generally push bike locks at point of sale, but I’d like to see them give broader information on safety, including the information that two thirds of bikes are stolen from homes or gardens.

I also think they should encourage cycle registration and marking at the point of sale – which is a quick win for consumers and the police, and could even earn retailers more income. Some retailers do really great work, of course, but I know police are frustrated by the lack of action on this so I expect the major retailers to come under more pressure as police budgets grow ever tighter.

When crimes reach a high level, can they ever become ignored because they are expected and just accepted by the authorities and society?

I certainly think crimes can become accepted and normalised – to a fault. The frustrating thing is that many of these crimes, while small individually, cause huge harms and have major emotional consequences for a significant minority. This is certainly true of cycle crime. In police circles, for example, they often see cycle crime as low harm and yet a quarter of victims of cycle theft report being affected ‘very much’ or ‘quite a lot’ by the incident and four in every hundred victims are upset to the point of tears.

With bicycle theft, what can cyclists themselves do to help and influence the reduction of the crime?

I once had the very odd experience of walking around Copenhagen in Denmark and realising that many bikes were left unsecured. I immediately thought to myself ‘wow, this must be such a safe city and country’. I then checked the statistics and it is in fact a real cycle crime hotspot – Denmark just has an unusually high level of social trust! For me, this confirmed the broader research that cyclists’ own security behaviour has a very big impact on cycle crime – and there are useful guides on how to keep your cycle safe from various sources.

One thing I’d definitely say is that all people should report thefts to the police. You might think the police won’t investigate, but it could be the police are sitting with your bike in one of their storage facilities waiting for it to be reclaimed (register to ensure you can get in back!). It could also be the case that the information you provide might help the police to spot crime patterns that trigger a smarter preventative or enforcement response.

My estimates show that cycle crime causes £200 million harm to the UK each year and I suspect the crime isn’t prioritised partly because reporting rates are so low, not just stretched resources.

Are there any further tips or insight you would like to share with our community of cyclists?

I would just say, enjoy your cycling! No one should have to make cycle security their number one concern – we all just want to enjoy our bikes. However, if you haven’t already, look up some good cycle security advice, ensure your bikes are marked, registered and secured and work together to ensure your employers and local authorities give you the opportunities you need to park your cycle securely when you need to.

Tom Gash is Managing Director of Leapwise, a strategy consultancy and an Honorary Senior Lecturer at University College London.

If you are interested in crime and how we can tackle it, Tom’s book Criminal: The Truth About Why People Do Bad Things was a Sunday Times Book of the Year, and the Guardian reported that “Gash’s important book may well change your attitude to criminality and the justice system”. 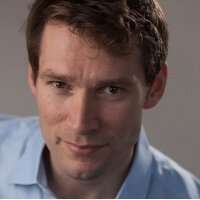