London’s network of cyclists looking out for stolen bicycles

Got to make everyone aware of the good things that @StolenRide do. They're doing their bit to #taklecycletheft #stopbiketheft — MPS Haringey (@MPSHaringey) February 7, 2016

Massive thanks to @StolenRide - their audience helped identify the bike on @eBay and with help from the @metpoliceuk we met the seller and collected the bike !

Deffo gonna get insurance and a new lock now!@metpoliceuk are you able the thank the officers? pic.twitter.com/sE1yAWK9oL

This is why we should share these tweets! https://t.co/Pu1rkL9FRn

Yes! Considering how large London is we are constantly delighted by the success Stolen Ride receives. Not every bike is recovered, but all retweets create awareness of this huge issue we have in London. The community has even spotted stolen London bikes as far away as Spain and Moldova.

The SR network is strong and actively followed by a loyal network of London cyclists, bike shops, industry influencers and even some well known celebrities.

The larger the community gets in London, the more powerful it will become.

Do you offer the Stolen Ride service outside London?

@StolenRide is run for London cyclists. We believe in a focused mission and have no immediate plans to cover outside London.

I have spotted one of the stolen bikes on the @StolenRide feed, what should I do?

Fantastic! Tweet the owner and then follow up on DM with the full details of the sighting, they can then work with the police to recover the bike.

I'm not on Twitter and do not want to join, can SR still spread the news about my stolen bike?

Twitter is the community hub of Stolen Ride. We would encourage you to join Twitter and not only tweet the stolen bike to @StolenRide, but also to get involved with the community by helping others in the same position. 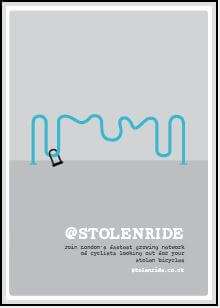 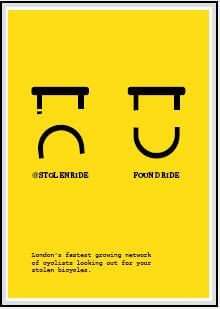 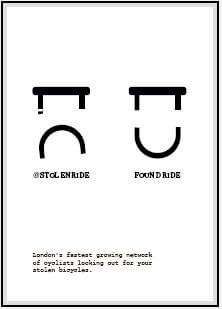 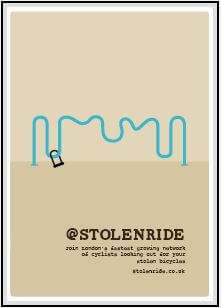