Attributed to Allard is a reduction of up to 70% in cycle crime in Granville Island; the number one hotspot for bike theft in all of British Columbia (Canada). That was in 2017 and the headlines haven’t stopped coming for Allard, who has become a figurehead of the cycling community for his anti-theft savvy.

By 2018 Vancouver as a whole had recorded a 30% decline in bicycle theft and it was no coincidence that Project 529 had gained significant momentum over that period. Local bicycle registrations had just surpassed 70,000 thanks to a collaboration by Project 529 with the Vancouver Police Department and City of Vancouver.

While that may seem like rapid progress what comes next is a vastly steeper growth trajectory and one that places Project 529 at the forefront of fighting cycle crime much further afield. The firm now claims to host the “world’s largest bike database”, having spread throughout North America and ultimately transformed the police’s fight against bike thieves.

“It’s definitely the case that the system could serve other countries,” starts Allard. “If we were to do something in the UK, for example, we would need support from the police. We believe strongly in partnering with police and succeeding hand-in-hand with them and not in spite of.”

As of summer 2019, ‘529 Garage’ now has over 1.5 million searchable bicycles on its database for partners to cross check against. And cross check they will – two million people are affected annually in North America, creating a billion-dollar black market. That figure may be “conservative”, says Allard.

Those partners are varied in nature and even include bike shops, meaning that thieves are far from safe as and when an inevitable mechanical issue crops up on the stolen ride.

Should any of the above spot a suspect bike, it’s incredibly simple to begin cross-referencing. Available via both Android and Apple’s app stores, Project 529 has made the whole process incredibly user-friendly for all involved. For the bike shop, it’s an excellent added value extra on a sale to register the customer to Project 529.

“Our initial focus has been in North America, for pragmatic reasons in these first 5 years. We are big believers that the power of our solution comes from the communities it serves, so it’s been important for us to work hand-in-hand with police, bike industry, cycling groups, elected officials and of course cyclists to make it successful. We still have a long way to go, but I think our strategy and software is sound and we’re getting very meaningful results with the communities that ‘lean in’,” explained Allard.

As an aside to free registration, Project 529 sells a unique product in the form of ‘Shields’, which are a tough to remove decal with a specific serial number attached designed to be synchronised on the database. Once returned, the shield acts as an additional verification with law enforcement that the bike is indeed the claimants’. A single shield retails at $10 where they are sold in North America, while a pack of four comes in at $25.

“Thieves quickly come to understand that the sticker means that it’s trackable, and therefore riskier. Most importantly, it allows police to know, from across the street, if the bike is in the database,” adds Allard.

In a humble nod to competing databases like BikeIndex and BikeRegister, Allard concludes that, by any means necessary, bike thief success rates will come down whether it’s via his database or any other form of prevention.

“There will never be “one” bike registry and it’s disingenuous from our perspective to not be inclusive and respectful of the work that has been done and to protect those cyclists as we would anyone that registered with us. We’re in this to make a difference, not a dollar and want to share everything we’ve learned and built as widely as possible,” he concludes. 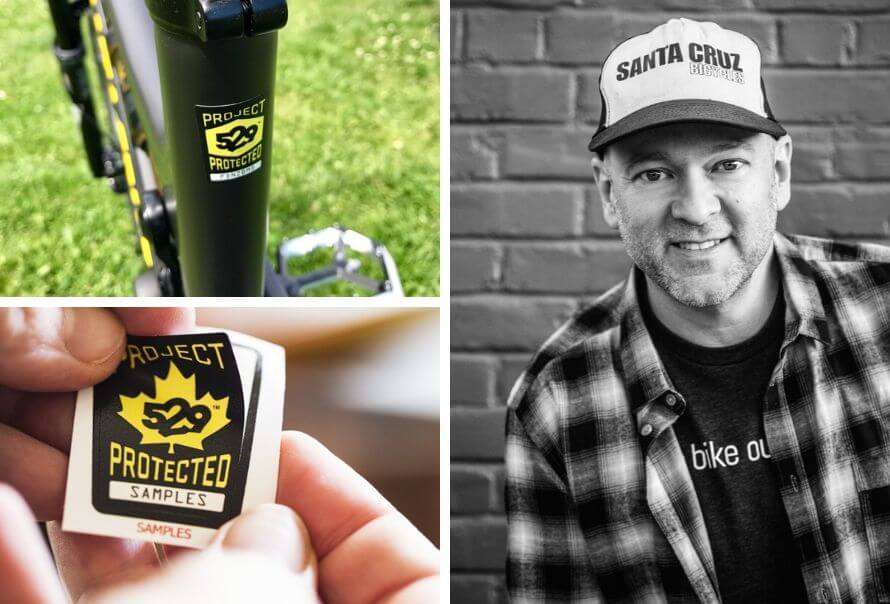