The launch of the first anti-angle grinder bike lock

Hiplok are launching what they claim is the ‘world’s first anti-angle grinder bike lock’.

On the 30th September the new Hiplok D1000 will be listed on the crowdfunding platform, Kickstarter.

If the anti-angle grinder claim is true, and has been tested by third parties, this could be the biggest breakthrough to hit cycle security. This new release by Hiplok is at a time when they’re celebrating their 10th year developing bike locks.

At Stolen Ride we’re hugely excited by the news and will make this a ‘live’ blog post to keep you updated with all the sneak previews that Hiplok release. We know a lot of the cycling community, especially victims of cycle theft, will now have their eyes locked on Hiplok. We are sure other bike lock companies will be as well, but perhaps with one eye open…

Keep looking back at this page for updates

Today the Hiplok D1000 launched, receiving a very positive response from the cycling community. The funding goal of £20,000 on Kickstarter was exceeded within one hour of going live.

The RRP of the lock will be £250 (40% discount via Kickstarter for the early birds), so it won’t be a lock that is affordable, or necessary, for protecting all bikes. Instead, we would say it’s targeting the mid-high value range of bikes. The lock is also marketed at motorcyclists.

Future users of this lock should still consider their locking technique and securing all bike parts. 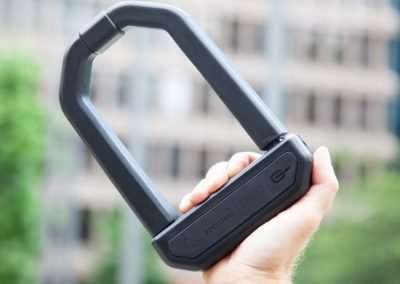 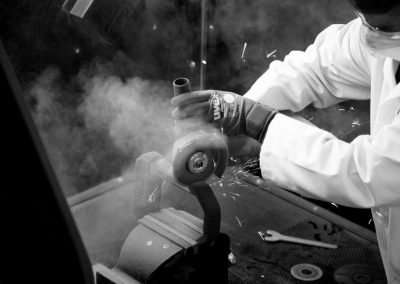 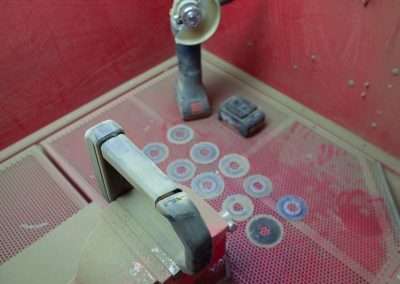 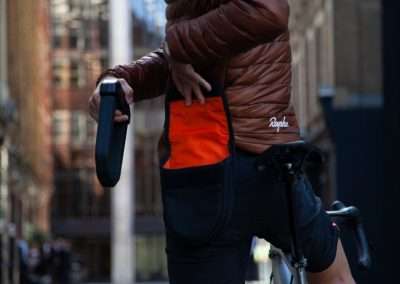 Hiplok announce that the D1000 lock is Sold Secure Diamond rated – for bicycle and motorcycle. This is the highest possible Sold Secure rating.

Also announced, the Kickstarter campaign (30th September launch) will allow ‘backers’ to gain a 40% discount off the lock’s retail price.

Hiplok release a video preview, on Instagram, showing an attempt to cut the lock with an angle grinder.

A longer version is on their website, which shows a comparison to other bike locks being cut by an angle grinder, including unnamed ‘yellow and orange D-locks’.

The angle grinder is shown to fail to cut through the D1000 lock, destroying the cutting disc (in fact, multiple discs). The other locks, as you would expect, were cut in a matter of seconds.

The preview video is in a similar format to the ‘angle grinder-proof’ material we recently reported on, called Proteus. It’s too early to know what the new Hiplok D1000 is made out of.