An exciting ‘underwater’ bike parking garage, called IJboulevard, is now under construction in Amsterdam. This futuristic project is set to be completed in 2023. It will bring 4,000 parking spaces to the main train station (Amsterdam CS). 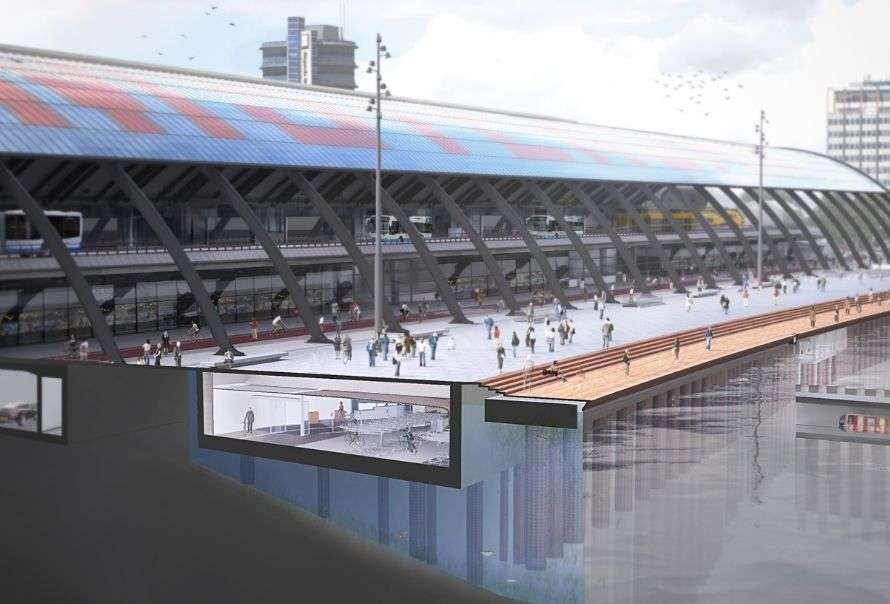 The ‘Amsterdam Centraal station’ is a busy hub with a quarter of a million people passing through each day. A hub not only for commuters, but also tourists who can depart on sightseeing boat tours.

In a similar format to other large and modern Dutch bicycle garages, that are often located in central stations, users will be given 24 hours of parking for free.

The Amsterdam NL mentioned: “The bicycle is the most used means of transport in the city, and is becoming even more important now that there is less and less space for the car.”

The underground bike parking will have two entrances and an administration room for a strong and central security presence. 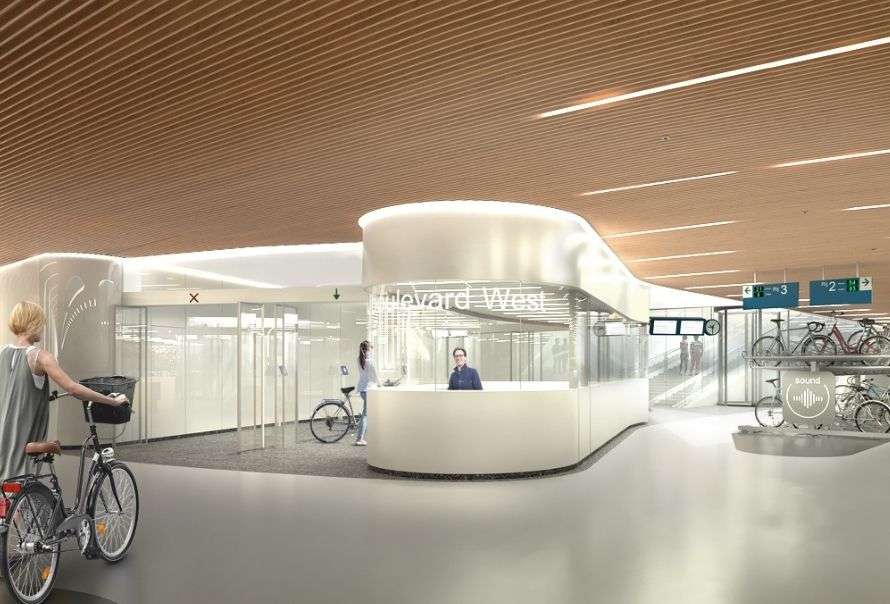 Adding to the onsite security, the space has user experience at the forefront of the design. Natural light will bathe the 6,000 square metre facility, thanks to large glass walls that lead the users underground. Spacious walkways will direct the users to their bikes using the digital ceiling displays. 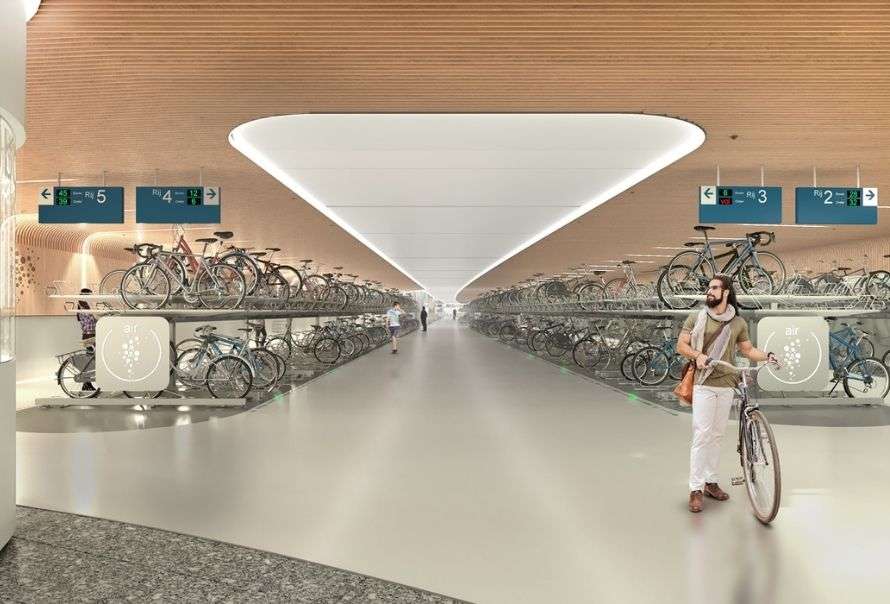 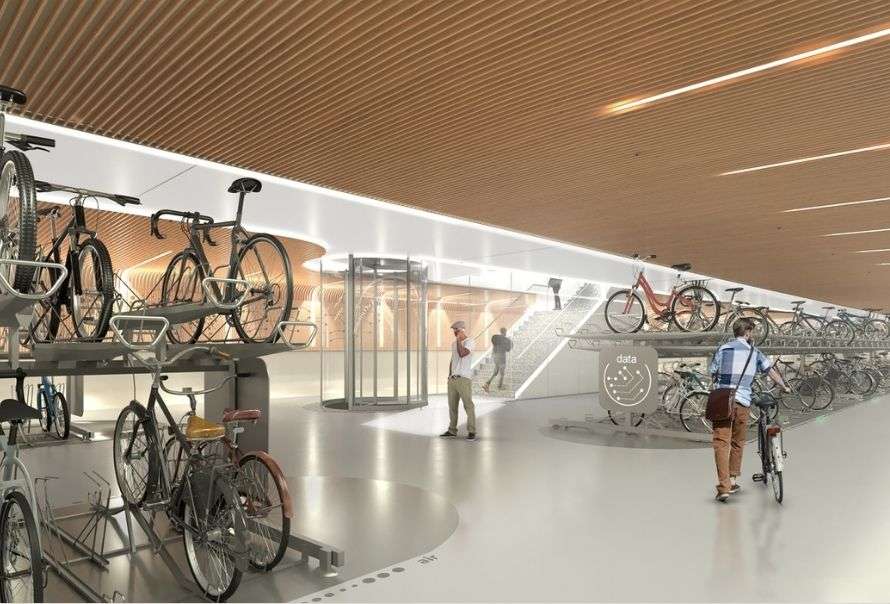 Importantly the plans ensure that recycled and sustainable materials are used. The surrounding environment is going to be well considered and this includes “stimulating the growth of mussels and plants through the use of special concrete.”

Other bike parking news from Amsterdam

In the last few months another major bicycle storage facility opened in Amsterdam, at Leidseplein, with 2,000 underground spaces. It comes with similar design aspects to IJboulevard, with a focus on safety, useability and attractive design. Which can be seen in the following video.

Amsterdam is rated as number 5 in the world based on the rating system by peopleforbikes.org.uk for the best cycling cities. London sits at number 43.

The ugly side of cycling in Amsterdam

Whilst everything might feel like a dream when you look at cycling in Amsterdam, there are some problems with bike parking. In 2015 the PRI.org reported that there were 68,000 abandoned bikes that had to be removed across the city over one year. This removal work requires full time staff checking and removing bikes on a daily basis. Any unclaimed bike is either donated to charity or resold in local shops.

What bicycle parking would you like to see in the UK? Start a discussion on the Stolen Ride Facebook group.