Cyclehoop - for cyclists by cyclists

At Cyclehoop, we believe in being proactive rather than reactive, working to solve the challenges and changing needs of the cycling community. We are a bunch of passionate bike enthusiasts who consistently strive to design innovate products for cyclists.

This is rooted in our early beginnings when unluckily, I had my bike stolen whilst at university in London. The thief had managed to lift my bike over the top of the signpost I had locked it to.

This incident was one of countless thefts of the same nature in London. In 2012, there was a staggering 102,179 police reported bike thefts across England and Wales.

It really brought home the fundamental problem that exists London and in similar cities. There’s no space to install bike racks and a serious lack of bike parking facilities leaving cyclists with insecure and unsafe options such as signs and lampposts.

I became motivated to come up with a solution to cycle parking in a city with a huge lack of cycling infrastructure but a large amount of existing street furniture such as lampposts and signposts. To me, it became important that there was a way of using this furniture and transforming it into something multifunctional.

This is what spurred me on to create the Cyclehoop, a steel ring and bar that can be retrofitted to posts on the street, transforming unofficial parking sites into something incredibly useful and also avoiding extra street clutter. Not only this, it was imperative within the design to encourage cyclists to lock both wheels and frames for extra security.

The Cyclehoop went on to win the ‘Reinventing the Bike Shed’ design competition in 2006 and from this I was approached by Islington and Southwark councils to test it out. It started off with 30 hoops, and for two years I spent evenings and weekends refining the design as well as working full time as an architect until 2008 when I left the job to set up Cyclehoop full-time. Now there are thousands of hoops across the UK and across the world. It has really transformed cycle infrastructure in cities, making them friendly and safer places for people to ride their bikes.

So that’s the story of how I set up Cyclehoop, but things haven’t stopped there. With the increase in journeys made by bike, it’s become imperative to grow cycling infrastructure and parking facilities. In large cities such as London where space is limited, and the majority of people live in apartment blocks, flats or shared houses, it poses the question; Where will the bikes go?

From this we developed the Bikehangar, inspired by a Dutch style cycle shelter. A product that takes up one car park space and is designed for people who can’t take their bikes indoors and need safe sheltered bike parking. Bike users rent a space by the year and are each issued with their own key for the Bikehangar to lock their bike inside. We started this out in Lambeth, and since then them the hangars have gone leaps and bounds across the UK and Ireland. To date we have hundreds of Bikehangars installed around the UK and overseas providing thousands of secure parking spaces

For us at Cyclehoop, it’s also about behaviour change and inspiring people by doing. We want to send a message out there to encourage cycling and to get more people out of their cars on up on their bikes. Our Car Bike Port is one of our greatest vehicles of change. A car shaped cycle rack that can hold 10 bicycles and takes up the space of one car parking space. That’s 10 people that can ride their bikes instead of driving their cars, and potentially 10 cars we could be taking off the road! Simple eh? It’s also a pretty fun design, and we encourage councils and businesses to customise it themselves so the Car Bike Port suits its surroundings and engages with its local community.

As a cyclist myself and knowing what it’s like to be a cyclist is really helpful. I want to design things that I would find really useful and that has an innate empathy with its user. Security and functionality are our priority, but it’s also important that it’s aesthetic fits in with its surroundings, especially in cities as historic as London, Edinburgh or Dublin that each have their own unique style. This is where having a background as an architect helps, as I can understand spaces and design.

To date, Cyclehoop have come up with a range of products that fit in with the infrastructure of cities, such as Public Bike Pumps, Public Bike Repair Stations and a variety of cycle parking solutions. We also have a range of home products such as our recently launched Strida Stand design specifically for its two wheeled counterpart. We are always coming up new ideas, and thinking about solutions for different problems. We want break down the boundaries that hold people back from cycling.

Our ultimate goal is to facilitate more cycling, and what’s the best place to start then to reduce the theft of your two wheeled friend. 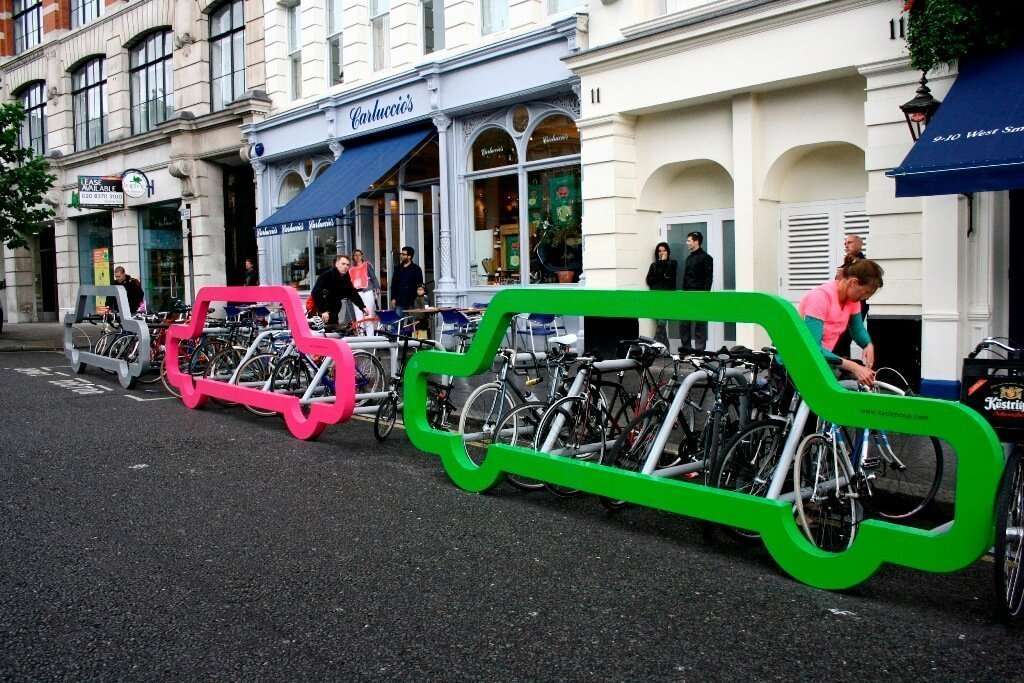 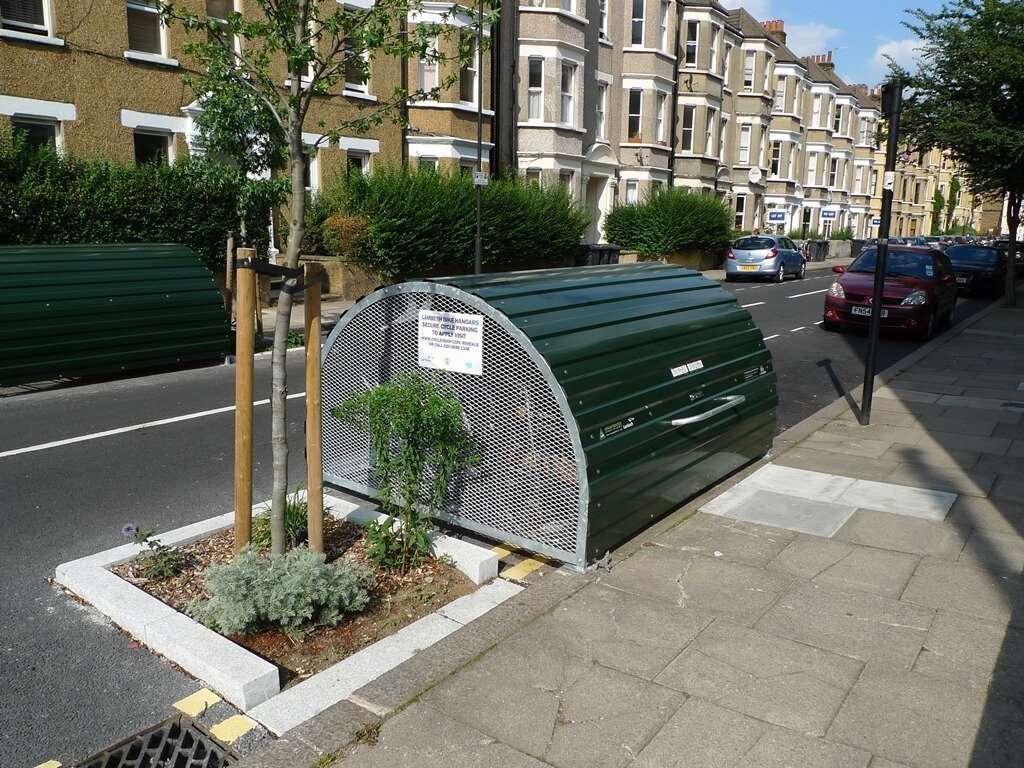 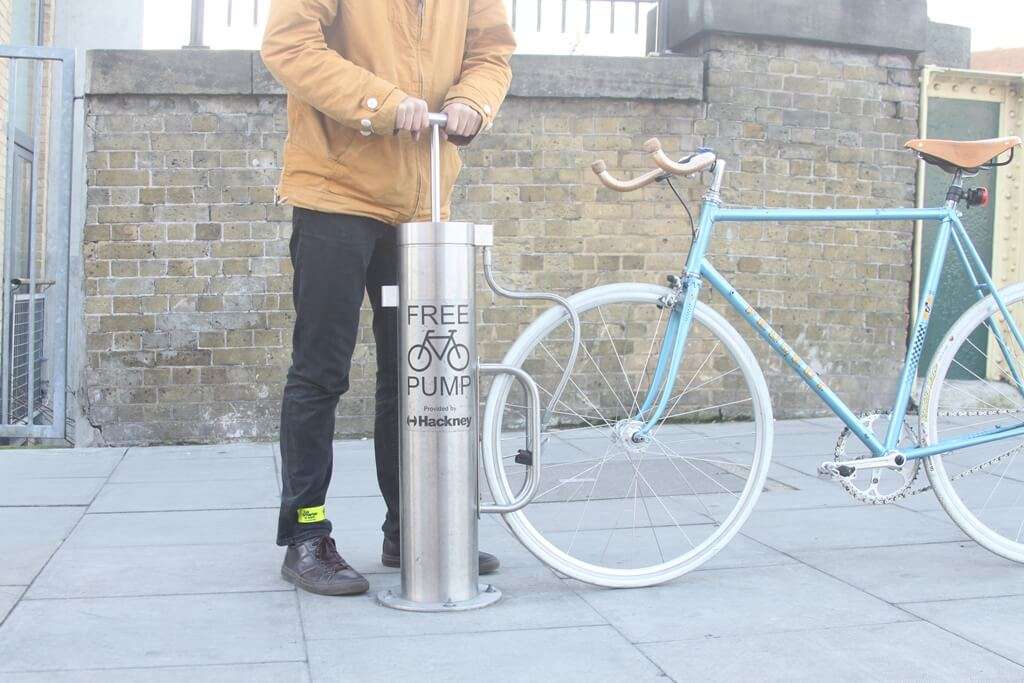