With sales of electric bikes and scooters more than tripling in the summer months of 2020, the UK’s small but growing e-bike market is primed to take advantage of both new and veteran cyclists looking for a different kind of riding experience.

But first, what is an e-bike?

Electric bikes are very similar to conventional bicycles – both have a frame, two wheels, handlebars, seat, pedals, and so on. What sets an e-bike apart is the addition of a battery and an electric motor, capped at 15.5 mph, that provide assistance to a rider as they pedal. Essentially, e-bikes help you to go the distance without the slog. 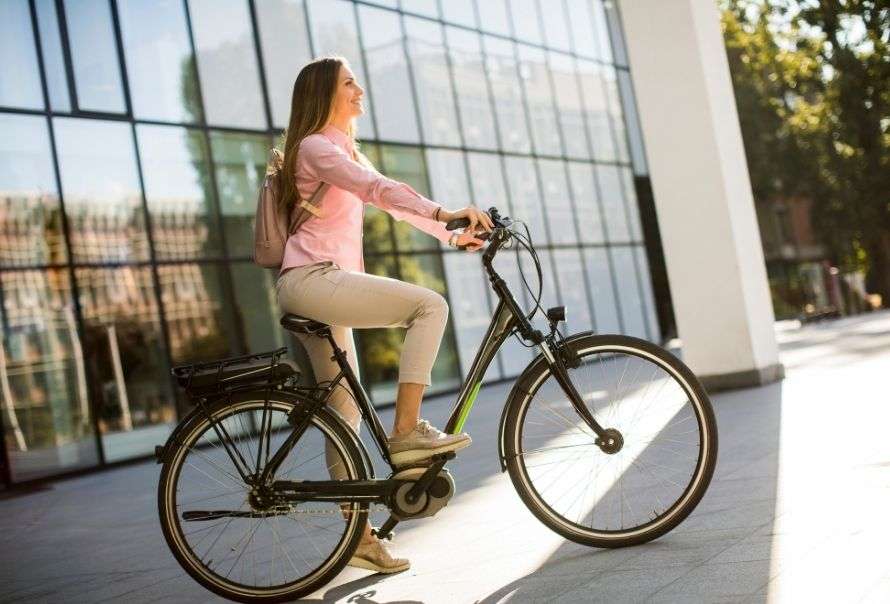 E-bikes are available across all riding disciplines, including road, mountain biking, city bikes, folding commuter models and even cargo bikes. If you’re in the market for an e-bike, deciding upon which model is best for you depends not only on personal preference but also on the type of riding you will be doing, and the assistance you will require.

E-bike growth in the UK

In comparison to cycling powerhouses like The Netherlands, the UK’s e-bike market is small but growing. This increase in popularity is reflected by 47 percent more electric bike terms searched on Google in 2020 than in 2019, according to Halfords’ Google Trends report.

Recent figures suggest around 50,000-60,000 e-bikes are sold each year in the UK, although the trade of electric bikes between the UK and Europe has slowed since January due to Brexit.

Despite this, e-bikes are still forecast to see significant growth in coming years and are slated to become a viable alternative to cars by 2050, as battery technology improves and manufacturing costs fall.

E-bikes offer a whole host of benefits to both riders and society, providing all the advantages of a regular bicycle while reducing the strain on your body. The pedal-assist element opens up cycling to those who otherwise perhaps wouldn’t cycle at all, such as those concerned about their fitness levels, recurring injuries, or those with an aversion to steep hills.

By making cycling easier and more accessible, e-bikes open the doors to travelling further and more frequently by bike. A common accusation made about e-bikes is that they are ‘cheating’, however pedalling is still required to power the electric motor and this, obviously, requires effort.

Sure, e-bikes remove some of the strain and exertion of conventional cycling, but this is only going to make people more likely to do it rather than jump in their cars, and this can only be a good thing. Also, is it even possible to cheat at having fun?

E-bikes also allow commuters to travel further by bike and arrive at the office less sweaty. In fact, the Bicycle Association suggests widespread uptake of e-bikes could boost the percentage of commuter journeys cycled by up to 40 percent.

Perhaps most importantly, e-bikes offer significant health benefits not only physically through the activity of cycling, but also regarding mental wellbeing. By enabling people to get out and about in nature, socialise with friends on a ride, and provide a sense of achievement and satisfaction, e-bikes help to encourage an active, healthy lifestyle.