Superintendent Mark Cleland, Cycle Crime Lead for the UK, talks about his background and vision for the future when it comes to tackling cycle crime.

Some of the questions in the following interview had been requested by members of the Stolen Ride community on Instagram.

When did you join the police force and why?

I joined in 1993 and was thinking about a science career but was drawn to the idea of working in a job where there was so much diversity of things to deal with. BTP were recruiting at the time and just ended up there through sheer luck.

You’re the ‘Cycle Crime Lead’ for the UK. Can you explain what that role entails?

There was no one nationally looking to implement the things that I felt could make an impact on tackling cycle crime, so it was more a case of if I wanted something done then crack on and do it. I’m lucky that I work with lots of passionate people in different industries who are all committed to looking at how we can remove blockers to taking up cycling, one of which is cycle crime.

What key items will the new ‘National Cycle Crime Strategy’ look at? Is the strategy going to be looking at different areas to other strategies/plans produced by TfL and others in the past?

Education – teaching cyclists what good cycle security looks like (a cheap cable lock isn’t it), driving enforcement at cycle crime hotspots around the country, problem solving cycle crime with partners, working with retailers and manufacturers to register all bicycles sold, continue to register bikes already sold until we have a national cycle database of all UK bicycles, working with resellers (online and physical stores) to carry out due diligence checks to stop the trade in stolen bikes and looking at opportunities to design out crime.

Do bicycle marking events offer value for money, in a time when police resources are becoming increasingly stretched and focused on other crimes such as youth violence?

Yes it’s value for money as it affords police time to interact with cyclists and give advice and guidance that will also be passed on to friends and family. It improves confidence and shows that police listen to the public’s concerns.

Are there any future plans you can share with us about bicycle marking? Can you see any hurdles to overcome, especially when there are a number of competing commercial bicycle marking companies?

We work with all the different schemes across the UK and we are looking at whether it’s possible to create a portal that will effectively search all databases to enable due diligence checks to be made and help police return stolen property. That will enable customers to choose what product they use but hopefully lead to a huge increase in registration. Of course all this would be voluntary or through an agreed code of conduct. Some countries actually have legislation for this, but I don’t see the need to do this at this time.

Would you like to see any laws/controls added around the sale of second-hand bikes?

I would like to see all retailers sign up to a voluntary code of practice to ensure due diligence checks and registration are carried out on bikes bought and sold whether physically or online, much like they do within the second-hand mobile phone market. This would help control the market in stolen property to an extent.

Is the response to bicycle theft treated differently to car or motorbike theft? If so, why?

I think the difference is that cycle theft is more likely to go unreported because victims may feel the police will do nothing, or they put it down to experience. That is why there’s a big difference between police reported crime (100,000) and National Crime Survey (300,000). There’s also a lot of technology enabled with vehicle crime that helps prevent it in the first place. You don’t usually buy a bike with security markings, alarms, locks etc.., that all comes as extra.

While the police do have competing priorities, we are still interested in all types of crime.

With reporting crimes, why would you encourage victims of bicycle theft to report the theft to the police?

If we don’t know about it, we aren’t going to do anything about it. Every crime provides intelligence which may link to other crimes and other offenders. Every piece of information helps us either tackle, problem solve that crime or feeds into a bigger picture of criminality that we want to address.

We have sometimes recovered stolen bikes years later because we have details logged. If 10 people report having their cycle stolen from the same cycle rack, police would likely put an operation in place. If no one reports anything about that cycle rack then the focus will be on where crime is being reported.

With the removal of specialist police cycle crime teams, is bicycle theft now a risk-free crime for criminals?

No because local teams are just as skilled in tackling cycle crime. In fact they are often in a stronger position to work with other agencies to problem solve the issues leading to crime, rather than just quick hit arrests that only have short term impact. That’s our focus now, working with neighbourhood policing teams in hotspot areas to tackle the underlying issues to lead to crime.

What can the cycling community do to help the police combat bicycle theft?

The public are often our eyes and ears so report suspicious behaviour as you see it. Share the best practice about what good cycle security looks like (use a quality D lock or a combination of D and other locks and learn how to lock effectively).

If there are any cycling events, use it as an opportunity to educate and inform cyclists, not forgetting that as many bikes are stolen from the home (garages and sheds) as they are from public. 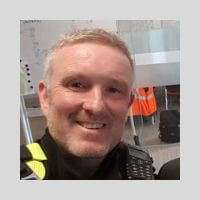