Bait bikes are usually fitted with a hidden tracking device and are left poorly secured by police officers. The aim is that a prolific bike thief will steal the bike, with the police watching, either arresting on the spot or following the perpetrator, therefore to uncover what they do with the bike. This might lead them into the wider gangs and black market networks.

It’s not believed that the MET or any other London police force currently use bait bikes.

Back in the early ‘twenty-tens’ you may have heard about trials that took place in places such as London and Cambridge around bait bikes. These trials saw a significant reduction in cycle theft.

The Guardian reported:
“Bike thefts dropped by 45% at Cambridge rail station when British Transport Police tested the method. Even in the UK’s bike theft capital, London, rates dropped by around a third in one local trial.”

Whilst the potential positives are clear from the trials, some have classed bait bike use as a form of entrapment/set-up, which might be hard to get through the criminal courts. Also, that it’s possibly unfair on individuals who might be unduly tempted/incentivised by a badly locked (or unlocked) bait bike. A case back in 2012 (involving Cumbria police) was thrown out of court with no charge against the thief; the judge strongly criticised the police for using bait bikes.

Would London police have the time or resource available nowadays?

Long gone are the days of the 30 officer strong ‘Cycle Crime Taskforce’ in London. Budget and change of focus has meant that this specialised, TfL funded, team was disbanded in late 2017. As PC Kieran Ferguson has recently mentioned on the LFGSS forum, focus has now turned to other crimes, such as youth violence.

But, for 2019, as mentioned in the ‘Cycling Action Plan’ a ‘National Cycle Security and Safety Strategy’ is coming and there is already a new police cycle crime lead (Mark Cleland). It’s now down to the police to see how they feel their time is best used.

Could the cycling community help?

This has already happened in San Francisco. 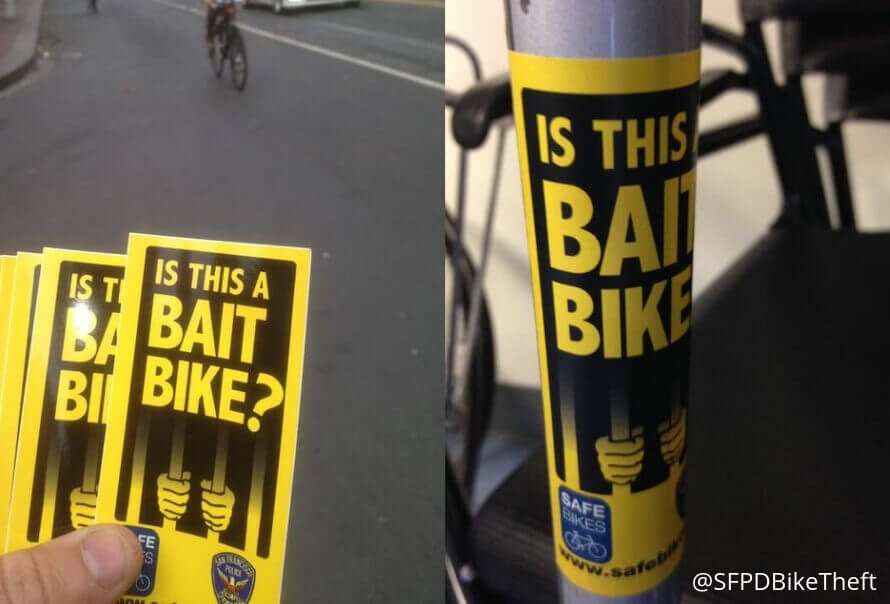 Do you think bait bikes are a good idea in London? Join the conversation on the Stolen Ride social media accounts.